A Nigerian pastor shares Pictures of a “hired killer” , Ephraim Ononye on Monday, posted photos of a suspected thief, who allegedly broke into his house in Obosi, Anambra, while he was at a church service in Abakaliki on Sunday October 27.

Read the post published on his Facebook page:The thief/Hired killer…..I was doing the work of my father at Power House Assembly ground, Abakaliki chapter on Sunday 27/10/2019…And the thief/hired killer came to my house in Obosi at night, he succeed in breaking through the front door…Who knows what happened to him when he entered my house?Just this morning, I started receiving calls from my village people, telling me that a young man, an unknown facewas lying down, sleeping in front of my house totally nacked as at 7am and all his clothes were found inside my building 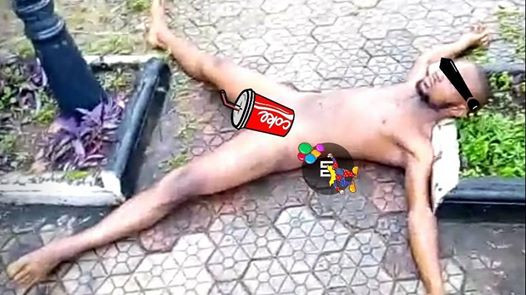 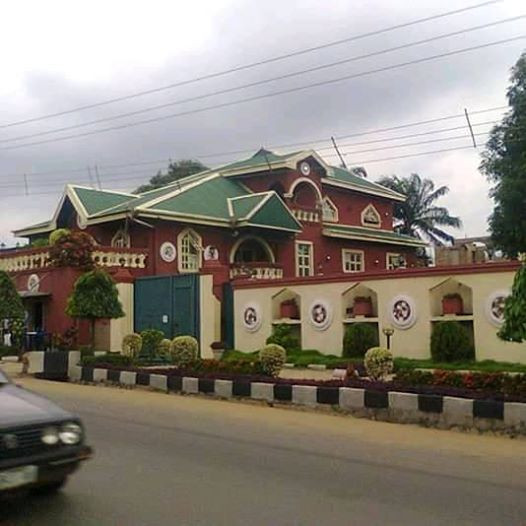 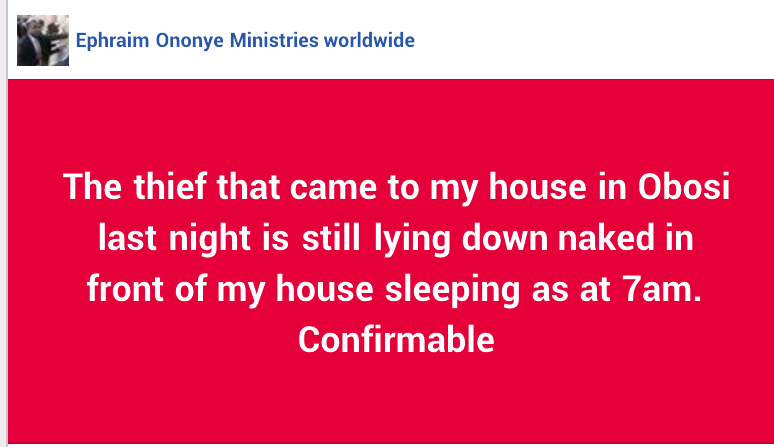